The Restoration Warship: The Design, Construction and Career of a Third Rate of Charles II's Navy, di Richard Endsor

Review
Endsor is concerned with a single, emblematic warship which manages to sum up the characteristic mix of public and private interests that drove the Restoration State. As artist and author, in the manner of Jean Boudriot, he has produced a large handsome book about the 70-gun 3rd rate HMS Lenox, filled with excellent detailed drawings, ranging from ships and masts to deck fittings and cannon... Built at Deptford Dockyard by master-shipwright John Shish, every detail of the design, construction and service life of the 1000-ton Lenox has been traced by Endsor using remarkably rich archival resources generated by the Pepsian naval administration... Endsor skilfully situates the ship s activities with the War of the League of Augsburg (1688-1697), highlighting the main actions, the meaning of the 1688 Revolution... The Appendices provide a highly detailed resume of the ships facts and figures, and key documents from her construction and refits at Chatham. Endsor s book is a testament to the wealth of documentary, artistic and technical material that has survived from the Restoration. Evidence which Pepys preserved to prove he had done a good job is now transforming the way we understand the navy at a critical moment in English history. He has brought to life a ship built 300 years ago, allowing us to understand that such ships were built, and fought, as complex machines integrating technical systems, trained manpower and money to achieve national objects. In this context the structure, fittings and fixtures of the ship take on a much greater significance than bare facts might suggest. Restoration Warship will be essential reading for students of the 16th-17th-and 18th-century navies: for students of ship-technology, design and operations. For those who may encounter the remains of such vessels the excellent drawings and pictures provide a new level of access to critical points of the structure. Artist/author, publisher and printer are to be congratulated on a landmark work that integrates text and image at the highest level. --Andrew Lambert, Professor of War Studies, King s College, London

This is a classic example of how the wider naval historical community can enable its members to produce first class work... Endsor covers this story in absolutely amazing detail. The book is a veritable triumph of research into all aspects of naval life in the late 17th Century, with Lenox as the perfect hook on which to hang the analysis. There is fascinating material on, timber supply, shipbuilding and shipbuilders; (including detailed analysis of shipwright productivity )...The author also fully understands the political background of the period when connection, religion and faction dominated appointment of officers. The day of the apolitical servant of the sate was still a long way off. The book shows that its publisher Conway, now taken over by Anova Press, has lost none of its ability to produce a very handsome book. It is exceptionally well illustrated with impressive fold out plans of the ship, deck by deck, and diagrams of every aspect of her fittings. The colour plates are excellent and I rather liked the sepia tones used for the rest of the book which gave a suitable period feel to it. The price asked is not an unreasonable one for such a beautiful volume. --Professor Eric Grove, Professor of Naval History, University of Salford

The subject of this book, HMS Lenox, may seem to be an innocuous and commonplace late seventeenth-century ship-of-the-line but when her conception, construction and career are examined in the detail that Richard Endsor lavishes on her she assumes a particular importance... The book now guides us through the process of building Lenox and I could not find any matter related to wooded ship construction of the period that the author did not describe in detail...Of course the usual subjects of construction, masting, rigging, fitting of sails, ordnance, boats, capstans, small arms and so forth are all dealt with but for most of these subjects the author has been able to find more and intriguingly different information than usual. For example dockyard facilities and the working, and living conditions of the shipbuilding tradesmen are fully described...we are given a detailed service history that goes beyond the usual rebuilds and battles fought but shows us how her officers and crew lived and worked, what was expected of them and what they could expect in return...The most important illustrations in the book are, however, the author s own as his abilities go beyond the expected research and writing skills. He is an accomplished draughtsman and artist and a comprehensive set of scale drawings, that will easily satisfy a model maker, along with a number of his own paintings of the vessel, are included. They are all well executed and are, perhaps, the most attractive feature of the work. Further, Lenox s builder was expected to produce written reports of the ship s building progress every Friday and Endsor has included sketches that show this progress and with these the reader can see at a glance how the vessel was constructed. --John McKay, International Journal of Maritime History, Volume XXII, Number 1 (June 2010)


Product Description
Conway is proud to introduce a comprehensive and expertly illustrated history of HMS Lenox, a 70-gun third rate of Charles II's Navy. Laid down in 1677, Lenox represents the pinnacle of English shipbuilding practice and, in many ways, typifies all third-rate ships of the period, which were by far the most numerous class of warship in the seventeenth century, and formed the backbone of the English fleet. Lenox was ordered as the first of the King's 'Thirty Ships' building programme, a series of beautiful and powerful warships that were intended to reflect the glory and majesty of the monarch.Their graceful lines and ornate decoration made these ships ideal subjects for study - sketches were made, for example, by the famous artist Van de Velde, one of the fathers of the marine painting genre. Unsurprisingly, they remain a source of fascination for ship modellers today, and their construction in a time of huge international significance, during the Anglo-Dutch Wars of 1660-1685 and midway through Louis XIV's massive expansion programme for the French Navy, means there is great interest in this subject amongst historians. Employing extensive primary research, author Richard Endsor has produced one of the most detailed building and career histories of any vessel, in turn making a major contribution to modern understanding of English shipbuilding practice during the Restoration period.Every aspect of Lenox is covered in great detail, from initial design and construction to armament, fitting out and her later career. The book provides a broad picture of the day-to-day workings of Deptford dockyard, including the techniques, trade and tools of the shipwrights, sail-makers and rope-makers. It simultaneously demonstrates a very keen insight into the workings of naval administration. Construction of Lenox and her sisters was largely down to Samuel Pepys, the famous diarist and Secretary to the Admiralty, who considered the Thirty Ships programme to be 'the greatest achievement of my career'.Pepys figures as a key character in the context of Lenox's design, construction and build, and indeed such human interest is woven throughout. Employing original documents, individuals are shown to have influenced many aspects of the ship, which in turn, through this work, has now reserved its own place in maritime scholarship. "The Restoration Warship" will justifiably enter the canon of standard reference works on shipbuilding practice in the age of sail. It features a major contribution to modern understanding of shipbuilding techniques in the age of sail. It is comprehensively researched using primary sources and original documents. It is beautifully illustrated with the author's own plans, paintings and sketches. It presents one of the most detailed building & career histories of any sailing warship.


About the Author
For a living Richard Endsor designs computer models for various scientific applications. He is very well known on the maritime history conference/research scene and also lectures widely on various maritime topics. This project has taken twelve years to research and write in which time the author has taught himself to draw and paint to a very high level as evidenced by the illustrations in this volume. He lives in High Wycombe. 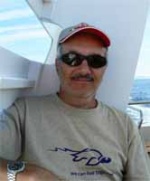